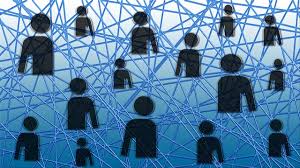 Currently I accept a lot of invite requests on LinkedIn, but I’m beginning to wonder if that is the best way for me to network. My thoughts follow…

There was a time that I did not connect with someone on LinkedIn unless I had met them face-to-face. Some of you approach this platform in exactly this way, and that’s ok. When I became a corporate recruiter I chose to open the flood gates. The more the merrier was my thinking. One could understand, “ah, you’re a recruiter. I can see how you would want to network with a lot of people.” I came to this philosophy when I had attended a social media recruiting conference in San Francisco.

I met two gentlemen that are avid users of social media, do consulting and recruiting. One gentleman was Jason Seiden and the other was Craig Fisher. Both spoke at the small conference and they both worked with each other at Ajax Workforce Marketing. When discussing connections on LinkedIn Jason was more about having connections that were smaller in quantity and closer in relationship – someone that was more apt to help you. Think quality over quantity, my words, not his. Craig sided on ‘the more, the better’ side of the argument. I’ll define a quality connection as ‘one that would be more likely to help you’. Whether it be providing you with feedback on someone, routing a resume, recommend a vendor/restaurant, or providing you advice, it is timely interaction that I consider as being ‘quality’.

Fast forward two years. I am no longer in the people business, but I do network and use online social media quite a bit. It was a situation I had a few months ago that got me thinking, ‘what are people trying to get out of LinkedIn?’.

A contact of mine on Google+ let me know that his brother was in the job market and looking for opportunities. The brother had held a director title in information technology. I told my contact to get me a link to his profile on LinkedIn and I’d see what I could do. Once I connected with the director we traded some ‘inmails’. I asked for his resume, which he provided, and I then realized he was in the Atlanta, GA region. I ran a search through all my contacts on LinkedIn that were in the greater Atlanta area. I think I came up with about fifteen at the time. All were 1st level connections. I had personal ties with a few – I either grew up with them, worked for them, or spoke to them at some point in time. A few others work for the same organization as me, but our paths never crossed and simply working at the same place was our only reason for being connected. I wrote up a short message that I would send to all fifteen of these connections. The message essentially explained that I did not know the director and couldn’t speak about his work, personality, professional goals, etc, and that I was simply networking. I was trying to help someone out. I received a handful of responses ranging from “I’ll send his info over to our CIO” to “sorry, I wouldn’t know how to handle his info since he’s IT”. I would be happy with any response. A simple, “I have nothing. Good luck,” would have been fine. While I felt great about the people that responded, I also felt a sense of disappointment. I was disappointed because I had contacts I thought would certainly reply, but did not. I would understand if we have never interacted, but there were contacts in which I had good rapport and was in good standing.

Ask yourself, why are you on LinkedIn? Is it because it’s your version of a corporate equivalent to Facebook? Is it because you think you simply need to be on LinkedIn? Of course these questions are not asked of the job seeker. I’m asking the connections that are currently employed. I get requests every day. I have a good amount of connections, but I don’t know how many are interested in engaging or how many would use it for networking. It may be time to rethink how I use LinkedIn. It might be time to clean up my list of contacts.

I don’t know if the director ever found a job. With connections like his brother and people that leverage their networks, I’m sure he’ll find something.

This has been in draft for quite some time. I didn’t publish it because it seemed rather trite to me. I recently reread it and figured that it does explain a bit about my departure from Facebook and worth putting out there in case one of my friends or family wanted more insight into my rationale.

I joined Facebook years ago. It’s been so long, I can’t even remember the year. I can’t even recall if I was an early adopter. I ramped up my friends list to a few hundred people. Most, of course, were old high school friends and family.

Over time Facebook had changed things. Their structure changed, and more importantly they changed their security/privacy settings whenever they tried to expose that which is the data of the user base. Sometimes those changes were public and overblown. Kudos to the smart ones that keep on top of these shenanigans, without their warnings, news articles and blogs, we’d really be screwed. I considered deleting my account altogether, but refrained. I did remove a lot of contacts, but I kept family and very close personal friends. END_OF_DOCUMENT_TOKEN_TO_BE_REPLACED

Every now and again I evaluate how my online social networks are setup. Here’s the latest on my favorite – Google+.

My Circle Setup in the Beginning

had circles based on how I knew the person and I had circles that outlined a prevailing interest of the person being circled. If Irecall correctly I had some of  the following in place when I setup Google+:

Rationale from above could be obvious. The frequency of those circles to show up in my stream were all consistently set at ‘standard’. It was more ‘how do I know this person?’ way of thinking. It worked, but I wasn’t sure it was the best way. I had lots of people in my ‘Gamers’ circle. This lead to a lot of sharing of the same posts and got to be a bit much. Someone in my stream, I fail to recall whom, posted how they manage their circles and so I base my recent approach on what they provided.

Here is what I have in place now:

Rationale: G+ is about staying in-tune with your stream. I’d refer to this as the consumption of posts by people in your circles. The other piece of G+ is the sharing you do. This could be the production of your posts. It really comes down to your audience, and you being the audience.

For the ‘Notify’ circle, it’s for people that may not post often but you don’t want to miss. Very close family or friends. Maybe an industry big wig. It can’t be someone that posts often or you’re going to get a lot of notifications. I try to keep the amount of people in this circle relatively low. Then it trickles down, or should I say up, since the amount of people in a respected circle goes up from there.

Flow1 are people that interact with me. They are often found commenting on my posts. There’s some kind of online connection or friendship. Again, it’s a low amount of people, but more than ‘Notify’. This set to ‘more’ on the frequency gauge.

Flow2 is set to ‘standard’ and Flow3 is set to ‘fewer’. Each one, ideally, having more and more peoople than the previous circle. You can start seeing the cascading effect take shape.

Flow3 are typically folks that tend to post less and are less interactive or engaging. I should also point out that I don’t view each circle’s stream, rather I default to ‘All’ when I’m on G+.

The Notify and Flows are for my consumption. I’m the audience. The other circles are for sharing.

While I typically posted to ‘Public’ much more than any other way, I started to think that I should pick and choose how to share what I produce. My first setup made this more difficult than what is now in place. Something found on the internet, something catering a broader audience, can be shared publicly while more personal topics can be shared to specific circle(s). One example is that I may want to post what kind of beer I’m enjoying, but not post publicly so that anyone viewing my public posts don’t think I’m a raging alcoholic.

It is not uncommon to have a person in at least two circles. Again, keeping in mind that I’m an audience to those sharing posts and the person circled being an audience of my posts. I have found a noticeable difference in duplicate postings or shares/reshares. A lot of gamers find similar things interesting, which is good and fine, but this helps out the ‘All’ stream from being completely inundated with the same regurgitated posts. As people in Gamers and Flow3 start to engage more or less in comments, plus 1’s, and conversation, I move them up or down.  Example of this is when one such person started to fill my stream with some political opinions and articles. I’m ok with a moderate amount but it got to be too much. I simply move them to Flow3. They’ll still show up, but not overload the ‘All’ stream. You won’t find a person in more than one ‘flow’, this would break the method behind my intentions.

So far this is working out really well. It certainly took some time to hash this all out. At times I’ve had to go one by one to determine where that person fit best. It’s an ever-changing system.

I hope you find this interesting and helpful. What’s your take on circle management?