This is part 1 of the series.

Giving credit where credit is due, much of the info was found using Linode’s knowledge base.  We are assuming you have set up an account with your VPS, we’ll be using Linode info as a reference since that’s what I’m using. The next step is to deploy your linux distribution. 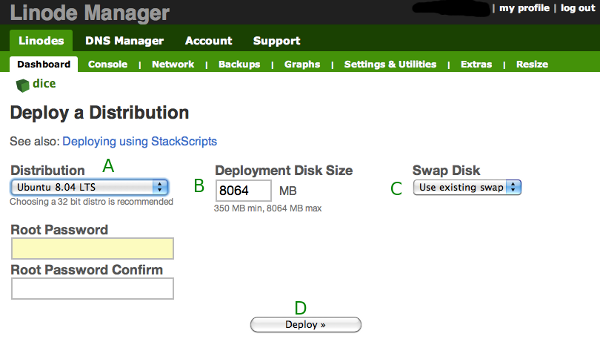 The next step is to boot your machine. Ah, the excitement, right?  You will see a que that refreshes every few seconds informing you the status progress of the boot up process. Figure 6.3.2 is a screen shot of the area this would be depicted.

The above screen shot, fig. 6.3.2, shows success after your VPS has successfully booted. Rock on!

This is a short article. You now have Linux running on your VPS. The next step will be to login via SSH, secure SSH, fetch and apply updates to the operating system, and set the host name.