I first worked with websites and web hosting back in 2003, so it hasn’t been all that long in the grand scheme of things. I started out hosting an IIS server in my home to host forums for our roleplaying game group. I later bought my first domain grumblingdwarf.com and set up hosting through an online web hosting provider. I wanted the site to be more accessible to other people on the interwebs. Since my first site, sitting on a server in my basement, was ASP; I had to round up a web hosting company that offered IIS. It took me years to realize that shared hosting would be the bane of my webmaster existence.  Looking back now, I can’t even recall the first hosting company I used. They are no longer around.

I heard about LAMP stacks and the plethora of online forums, and CMSs, that were available to anyone and came with what I needed for my site. I’m not a programmer so working with Joomla, phpbb, xoops, and eventually drupal, seemed like a good format for the sites I wanted. Eventually I secured hosting at Dreamhost. I couldn’t even tell you how I found them. The performance was erratic. Downtime became a problem. I think they even had a fire in one of their datacenters. Though their approach was charming with their ability to make light of situations, I had to move. 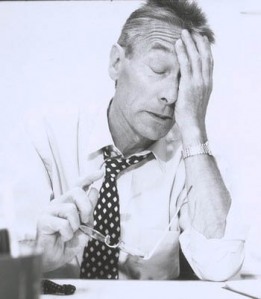 Finding a good web hosting provider online can be daunting. Anyone can be a provider. Set up a linux box and some specs with a website and you soon realize that the picture of the big corporate building is just a facade for some guy’s company that is really being run out of a basement. I haven’t even mentioned the shills that can manipulate reviews and comments about services that aren’t all that great. So finding a reputable host can be a challenge.

I later found Bluehost. I find that many people use them. Which is surprising to me. I had them for less than 6 months. They couldn’t keep a mysql server running for more than a few weeks before my site would provide a screen denoting a database connection error. Mysql is the database that is often used for online web forums and much more. Without it, my dynamically rendered sites would be useless. I often had my web visitors drop me emails telling me my site was down. Not good at all.

What’s a guy to do? I had many domains still at Dreamhost, so I’ll give them another shot. Eventually they let me down again. My sites were slow to load and troubles became more frequent. I begged them to help before I had to leave, again. You’re probably thinking, “maybe it was your crappy site(s).” Sure. I get it. But we’re talking simple wordpress sites or your typical phpbb forums that might get 10-20 visitors on a busy day. The code is not mine, but it would be better than anything I’d throw together and the traffic was low.

Enter Godaddy. I can say that my sites seemed to be up more often than any other hosting company. Many will say they’re a great registrar, but not one for great hosting. For me, it came down to sites that were slow to load during the day, which is peak hours for most Internet sites. Time to change…again. Just an fyi, you can find sites that will tell you how many websites are on the web server that is hosting your sites. I ran this for my site at Godaddy and it appears that over 600 sites were found there. It’s hard to tell how accurate this is, but the sites have to be polled from somewhere. I did the same thing for my new web hosting environment and it came up with 2 websites which is the actual number of sites hosted at my IP address. More about this follows.

The benefits to the aforementioned shared web hosting services? Price and configuration. You can’t beat it. You can get unlimited bandwidth, unlimited emails, unlimited blah blah blah for less than $9 per month and it’s all set up for you with neat, easy-to-use control panels. Host all your 5-20+ domains at one of these for just over $100 year and you can see how it’s easy to put up with crap. It’s not until you find a genuine solution that the old addage, ‘you get what you pay for’ really defines itself.

My most recent solution for web hosting? VPS. Virtual Private Servers. Many packages start about $20 per month, so the cost goes up a bit from cheapo shared hosting plans.  You basically get a virtual server. Yes, it’s like you have your own little environment. You don’t share resources like you would with shared web hosting plans mentioned above. The service carves a little area of a server that has dedicated resources for you to use through the use of virtualization technology.  I now have 2 sites up, this one included, as I write this. The difference is very noticeable, and well worth it. It is simply better. Besides the increase of cost, you have to learn more about actually setting up a web server. Much of this is up to you to do. However, the reward is great, IMO. It may seem daunting and downright frightening to think you have set up your own web server, but you can do it.

I am not a full time IT server administrator. I have not professionally worked in this field, but I have some classes under my belt and a passion for technology. If I can set up a virtual private server, you can too. In the next few blog entries, I will tell you about my journey to make this happen and pass along my mistakes and experience to you. Stay tuned. It’s going to be worth it.